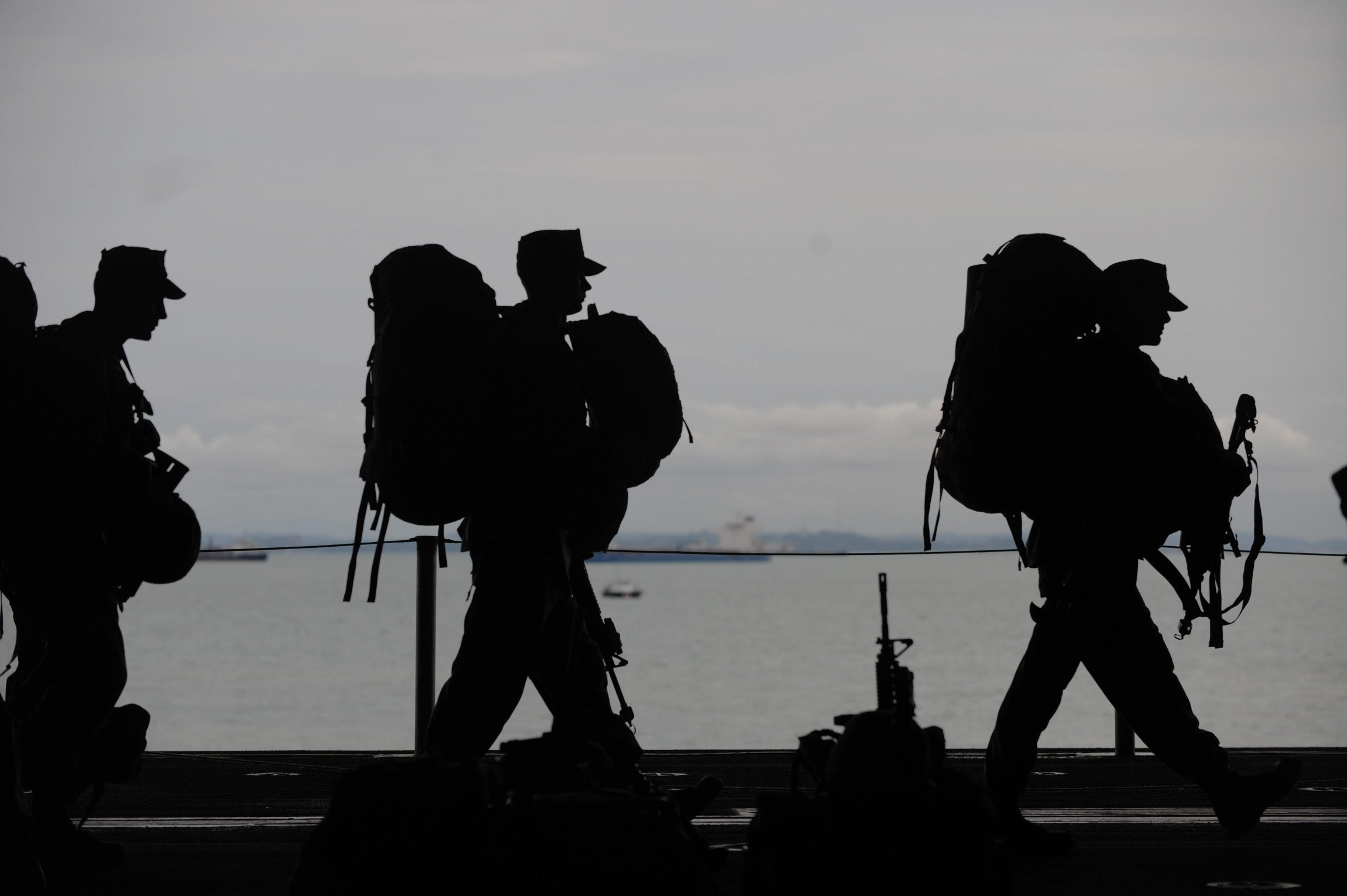 Ayahuasca therapy is just the start for veterans healing from PTSD

A Q&A with the founder of Heroic Hearts Projects expands the definition of psychedelic-assisted therapies.

When veterans living with PTSD have tried everything to unburden themselves from lasting wartime trauma, where can they and their loved ones turn to for true healing? Luckily, we’ve made major inroads and have Jesse Gould, founder of the Heroic Hearts Project, among many incredible leaders in the space to thank for that. Driven by a personal mission to help military veterans struggling with mental trauma, he is best known for his own inspiring battle with PTSD and his recovery through ayahuasca therapy.

Jesse Gould is Founder and President of the Heroic Hearts Project (HHP), a nonprofit pioneering psychedelic therapies for military veterans. After being deployed as an Army Ranger in Afghanistan three times, he founded the Heroic Hearts Project in 2017 to spearhead the acceptance and use of ayahuasca therapy as a means of addressing the current mental health crisis among veterans. The Heroic Hearts Project has raised over $350,000 in scholarships from donors including Dr. Bronner’s and partnered with the world’s leading ayahuasca treatment centers, as well as sponsoring psychiatric applications with the University of Colorado Boulder and the University of Georgia. HHP has been instrumental in shaping treatment programs and spreading awareness of plant medicine as a therapeutic model. We’ve been lucky at Soltara to host several Heroic Hearts Project retreats and have recently partnered with them to run regular programs at our newest center in the Amazon of Peru!

The reality that 33% of people living with PTSD are resistant to treatment, including both traditional therapy and medication, isn’t new. This along with recent mainstreaming of psychedelic-assisted therapies both in clinical trials (with psilocybin and MDMA being designated as “breakthrough therapies” by the FDA) and in the media (including this popular New York Time article) have taken the world by storm. All that said, it’s fair to say that Western Medicine protocols don’t go far enough to address modern day maladies and the mental health epidemic we find ourselves in. Psychedelic therapies can however cut through to provide holistic, root-cause healing that considers all aspects of physical, mental, emotional and spiritual health. When contextualized within their indigenous origins and administered within a set and setting that’s safe and supportive from preparation through to integration, we can begin to reimagine a much-needed, long-overdue paradigm for healing. We need new solutions that blend practices from the Global North and the indigenous South—and our work at Soltara is part of this bigger movement. 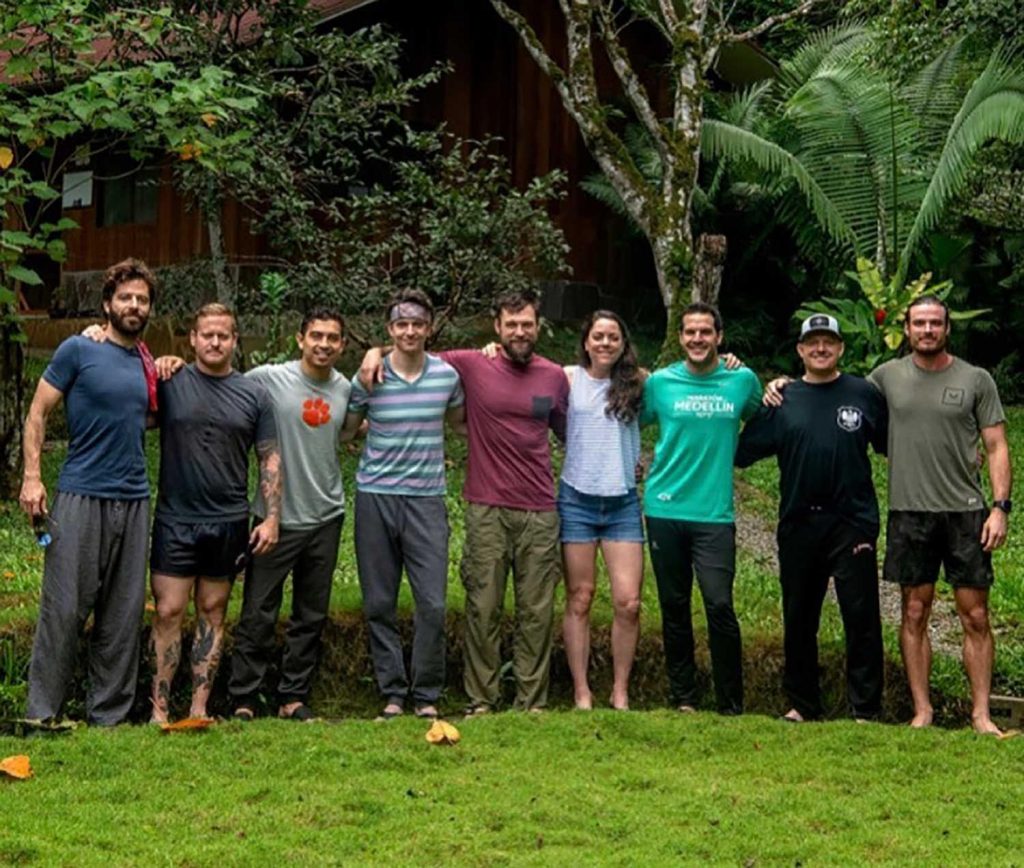 In honor of Veterans Day, we had the great privilege to sit down with Jesse Gould and dive deep into his story and the origins and evolution of Heroic Hearts Project. As we stand at the precipice of what we know and don’t yet know, we explore:

For all that’s evolving as we speak, catch the powerful interview with Jesse below!

Thanks for being here with us Jesse. The intersection of PTSD and ayahuasca has been the springboard for your life’s work. To set the stage, can you tell us the story of why you were called to work with plant medicine?

So I got out of the military in 2014. I had done a number of deployments in Afghanistan. When I first got out, I had a background in finance economics and just completed being a leader in the Ranger Regiment. So I thought I was going to hit the ground running, you know what could stop me? But what I found is I started having some mental health issues that I really didn’t expect, nor could I really understand. I just knew I wasn’t living up to my full capacity. I had this weight of being affected by things like anxiety and depression. I tried to go to the Department of Veteran Affairs to do therapy, but what became pretty clear pretty quick was the VA was just very much dogmatic about the medication prescription model. There’s a time and place for everything, but I knew a lot of people where the medications didn’t address the problem, just sort of muted the problem and then had all sorts of other side effects. Whatever I was doing in that moment wasn’t working and I was getting scared of where I was going to end up. So I did as much due diligence as possible, found a place in Peru and kind of took a leap of faith. It was very, very challenging. But towards the end of it, it was undeniable that it had a profound and positive effect in ways that took me quite a while to unravel.

How do you speak to veterans who have never heard or or had experience with ayahuasca or other psychedelic therapies?

What do you think are the biggest barriers for veterans to access ayahuasca or other psychedelic-assisted therapies (like psilocybin)? And along those lines, how can we give more access to more people who need this medicine the most?

Having access in a community container where there are controls and safety measures. There is a pressure to medicalize it, go to a doctor or therapist, and that becomes very cost prohibitive. The communities that are currently not served by mental healthcare will continue to not be served even if we have these breakthroughs and even if they are somewhat accessible on a generic basis. In terms of the U.S. and changing mental health, that is the key of what we need to develop – if you prefer to go the medical way, perfectly fine. But we can’t have it limited to just that. We need to respect sacraments and traditions that have predated the FDA. And have safety measures in those places.

On that thread of honoring the origins of the medicine, how does HHP learn from and partner with the Shipibo healers you work with?

We can always do better. I always try to get the honest opinions of people like Chacruna, like Bia Labate – people that are more connected. Humility is the baseline answer. I’m coming from a Western American culture, so I have to approach this cautiously. People listen to me at conferences, and I have this privilege that many indigenous voices don’t have. I have to not overspeak or overstep where my role in that is. We always try to give back, whether it’s Shipibo or other groups. Our vetting process also includes asking if these indigenous leaders want to work with us veterans and if it is aligned with their work. The common example I give is that if you went back 20-30 years, and said you did meditation or yoga, people would look at you like a yuppie and pass you off. Now we’re at a point where science has caught up and they’re teaching these things in the military. Just because these medicines haven’t gone through an FDA trial doesn’t mean they’re not valid. We’re still at that point where we might accept psychedelics have potential value but we might not understand ‘icaros’ [healing songs sung during ceremony] or the ceremonial side. We have to respect things that are evolving in their own right.

Tell us about the research you guys do in partnership with universities?

We’re doing a gut microbiome study with the University of Colorado Boulder, looking at how ayahuasca affects the microbiome. We’re going to continue that with some researchers in the UK. We’re doing a psilocybin study with Imperial College of London that’s going to focus on psilocybin mushrooms and veterans that have suffered traumatic brain injury. Then we’re working with UT Austin, a three part study. The first part will look at psilocybin mushrooms with spouses that lost loved ones in service or loved ones to suicide. The second will be ibogaine, for veterans that have had trauma. So veterans, special ops veterans, will go to ibogaine therapy, which can be pretty helpful with PTSD as well as traumatic brain injury. And then the third part will be with veterans, combat trauma veterans, going to do ayahuasca and seeing how that can help them. The spouses’ study will be pretty groundbreaking because the veterans often get a lot of the focus. But trauma does not just stay in one individual, it spreads right? So the spouses of veterans, the wives or husbands often have their own trauma from just being around it or the worry or just being in that sort of container. We work with organizations like the Hope Project. They focus on spouses and often provide coaching. That puts the husband and wife on similar pathways and addresses other issues that might come up. Integration is just not like a quick buzz word where you just have to do this checklist. It involves the family at different levels and you need to have these conversations.

For someone who’s completely new to psychedelics as a potential therapy for mental health issues and PTSD, can you share a veteran anecdote that continues to inspire you?

One that always sticks to mind is a guy named Rudy, a former Green Beret sniper, who went to one of our retreats. Tall guy, you know, very foreboding. If you saw him, you wouldn’t want to mess with him [laughs]. He came on a retreat we did at Soltara a few years back and did a few ceremonies. I think after the second ceremony, he really opened up and became kind of goofy, joking and it really gave him sort of a reaffirmation of his life. So he kind of regained his goofy post-high school self, because he went straight [to the military] after high school and then had all the military layers. So he could still do the military, but he wasn’t burdened. He was a little loose. The reason that story stuck is because—he met his wife and separated amicably just because they both got to a better spot individually and were more honest about this. His son got to see a warmer, joking side. You see so many cases where, like I said, these traumas become generational and just get passed on. And so just breaking the cycle just has such implications…to unburden you from trauma, to allow your true self and vulnerability and the great parts of yourself to come out as well.

To learn more, get involved with or donate to the Heroic Hearts Project, be sure to head to their website and follow them on social media @heroicheartsproject. 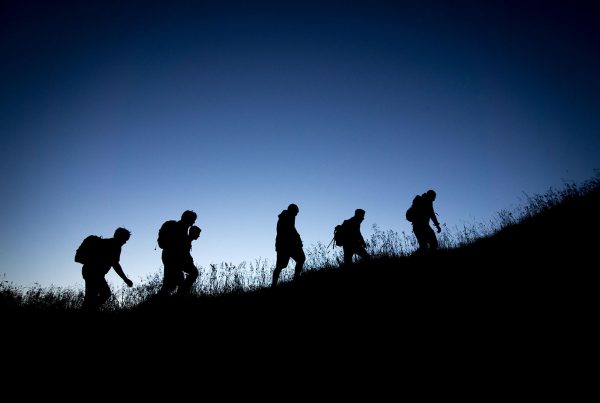 Self-leadership is the gateway for integration 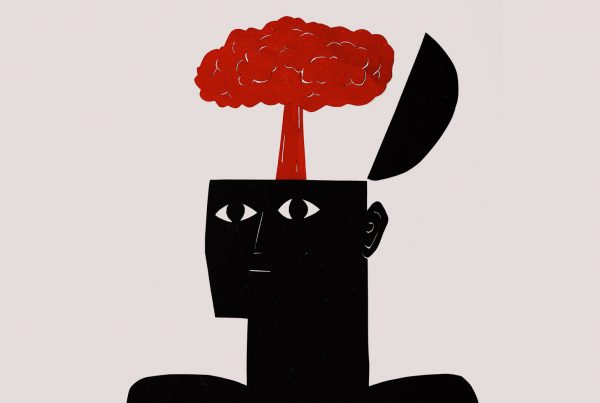 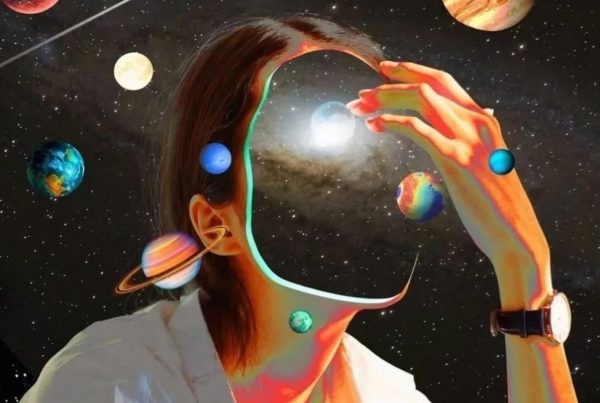 Why we must reimagine safe and inclusive psychedelic spaces for women