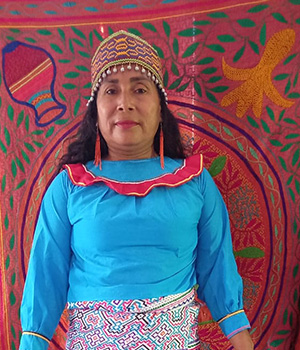 Tania comes from a remote Shipibo village of Roaboya on Ucayali river. She has been working with medicines for her whole life, and comes from a lineage of traditional healers. She has ten years of experience working with ayahuasca. Her main Maestro was her grandfather Jose Lopez, who was the community healer at the time. Later, her uncle Americo Lopez and his partner Olga Urquia became her teachers, as well as her cousin Gabriel Lopez. Thanks to all of them, we are now a strong family group of healers, she says. Her favorite plants are marosa, piñon colorado, y shiwahuaco. 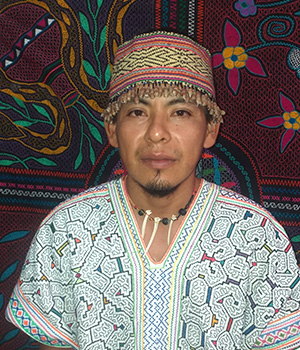 Shipibo name “niwe” which translates to wind or air.

Gabriel started training with master plants from an early age of 11. His first dieta his dad gave him was with mucura. This first dieta opened the world of the medicine to him and he decided to follow in the footsteps of his ancestors. He feels very honored and proud to follow this path of ancestral wisdom. He is grateful to be given the opportunity to share the grandeur infinite love of this medicine, and the infinite happiness and tranquility that working with the master plants brings into one’s life. With great humility he gives thanks to his parents and to God for guiding him to the light of the medicine.

In order to expand his knowledge of the world and the medicine, he has dieted many plants. His favorite is Noya Rao, which he says is a very powerful teacher filled with lots of light, healing, curing, and protection. Its icaros help one move closer to the source of All.  Hence, he says, with our experience in healing with the medicine of ayahuasca, we are here to help the people that are most in need of healing and to share ourselves with much love and care. 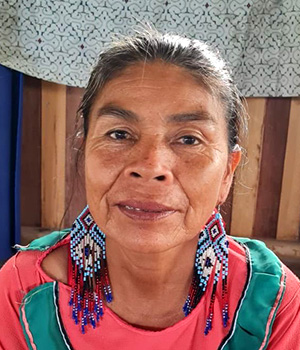 Shipibo Name: Siniveri, which translates to All Equal

Sulmira started to diet at the age of 13 with her father Melchiade Vela Lomas, who was a well-known healer in the region. Her first dieta was with piñon colorado, and she kept dieting with her father for years, sometimes for months at a time. She started to treat people with medicinal plants and ayahuasca in her late twenties, and now has over 20 years of experience in the field. She has always been working with people of all ages, children, adults, and seniors, as from her childhood she had always known that helping people to heal from all sorts of conditions is her calling in life. Sulmira has dieted lots of plants and her favourite ones are piñon colorado, albahaca, bobinsana, and waira caspi. 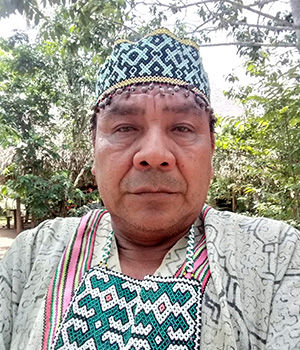 Shipibo name is Iscumeni, which loosely translates into Beautiful World

Jorge started his journey with the medicine in his late twenties and started dieting at the age of 31. He first dieted tobacco for a very long time and became trained as tobaquero first before embarking on his journey to work with ayahuasca. He worked for 8 years as a tobaquero, helping to heal people in his community. While on this task, he kept dieting more plants and learning from ayahuasca. By the age of 38, he was prepared to incorporate ayahuasca into his healing service and has been working with the medicine ever since, while still using tobacco frequently. His favourite trees are Huacapurana, Icoja, Chuchuhuasi, Tamamuri, and Murure. He has always been called to help people. 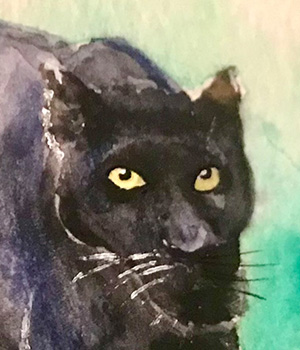 Vlad was born and raised in the Czech Republic. He left Europe in 1996 to study in the United States and has lived in various countries around the world since then. Peru has been his home since 2011. Vlad came into contact with ayahuasca for the first time in 2004. In 2011 he moved to Peru to work directly with Shipibo healers in the Amazon jungle. After spending five years working in one of the largest ayahuasca healing centers in the world, he embarked on his second journey with Tobacco in 2016, this time studying under a mestizo healer in Iquitos, Peru for several years. In 2021, Vlad came to facilitate the retreats at Soltara in Costa Rica, and the journey of bringing Soltara to Peru began. Vlad has a deep love for all plants and natural medicines as well as direct experience with many master plants and indigenous traditions.

He is looking forward to supporting these intimate retreat groups in Peru, close to the medicines and with an exemplary team. Vlad is a man of many interests and the best way to get to know him is by meeting him in person. 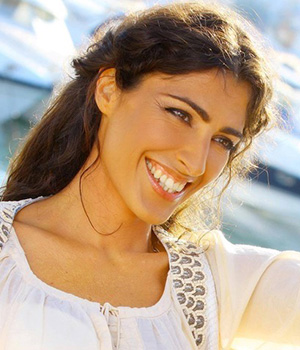 Inma has 20 years of experience working with Humanistic Psychology and Gestalt therapy. In 2008, she began learning the Shipibo medicine through master plant diets with Shipibo Maestros in the “vegetalismo amazónico” tradition. In 2016 she moved to live in the Amazonian jungle in Peru with several Shipibo curandero families in order to have more practice, understanding, and delve deeper into this discipline from within. She has a deep and long experience with the Shipibo culture and their medicine world, and also assisting Shipibo curanderos’ work, facilitating seminars and supporting people’s healing and personal growth processes over many retreats and years.

Her love for this work and the medicine shows in the compassion and skill she brings to facilitation, and she looks forward to supporting guests with such a deeply connected and experienced team. 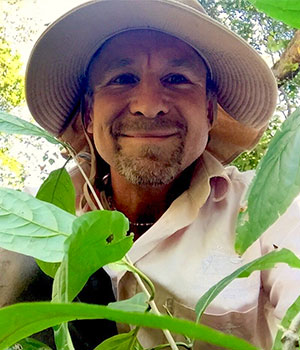 Jude was born in Papua New Guinea and raised in Brisbane, Australia. As a painfully shy 16 year old, he attended a Catholic youth weekend and was forever altered by it. It was the first time he could recall feeling loved unconditionally; not by a particular person, but by the Universe at large. That set him on a life-long path, learning how to create and sustain environments that enable the most life affirming communion with the self and the wider world.

Along the way he befriended a guitar and started writing songs. Further down the road a didgeridoo and ukulele joined him in his travels. He worked in alternative education centres for traumatized youth. He lived for three years in one of Australia’s most remote aboriginal communities (Port Keats/ Wadeye), assisting in the culturally appropriate and meaningful education of the young indigenous men. He got a bachelor’s degree in Social Ecology, built a humming little nut business, selling freshly caramelized, salted macadamias, then – in August 2013 – he met Mamma Ayahuasca for the first time.

Over the course of seven years, Ayahuasca introduced him to Tobacco and other plant medicines. She was also a principle catalyst in the release of his first album, Heart to hEarth, during that period. In late 2019, he experienced three personal calamities simultaneously. This precipitated a “dark night of the soul” that lasted for two years. Jude now reflects on that period as the greatest training he has yet received. It brought him home, back to the awe inspired passion of the 16 year old, but no longer wondering or wandering for answers; instead… grateful and content, feeling honoured and blessed beyond measure to be in service to the phenomenal plant Teachers and those who gravitate to them, seeking their own liberation. 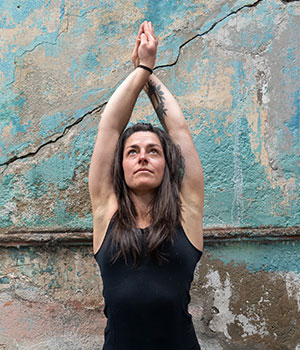 Claire Beiersdorf enjoys yoga for the immersive experience. The movement of the body in sync with breath and music, the exploration of asanas, the self-education, the building of physical strength and internal calm. Claire has always been sporty and competitive and the discovery of yoga was a brand new experience: a way to train her body to move in ways she couldn’t even as a preteen gymnast, and an athletic pursuit where there was no competition, only a constant striving for self-improvement. Claire’s love for the practice of yoga led her to Cusco, Peru, where she completed her 200-hour certification at the InBound School of Yoga in 2013. As the practice of yoga has increased her physical strength and flexibility, the experience of teaching has increased her comfort in front of groups and made her a more confident leader, all of which she has carried with her into her personal and professional lives. In December of 2015, she returned to South America to complete her 500-hour certification at the InBound School of Yoga. As an instructor, Claire strives to bring energy and to encourage her students to experiment with their own practices. She wants her students to feel safe, inspired and to have individually rewarding experiences. Claire is truly thankful for what she has gained from the community, and is thrilled to have the opportunity to contribute to it. 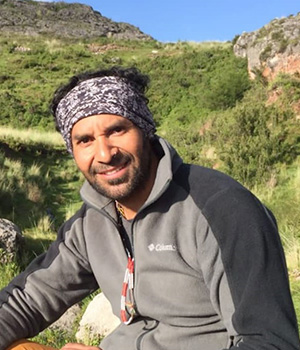 Pepe, originally from Lima, Peru, chose to make Cusco his home for the last 20 years. Living in the mountains and running his outdoor yoga studio, he feels closer to nature. Pepe’s yoga experience centers mostly around Ashtanga, Vinyasa, and Yin yoga, and he loves using yoga as a tool to transmit calm and focus to his students.

Pepe particularly works on the connection between the mind, body, and heart to enable each person to find what they are looking for. Pepe’s other passions are hiking, rock climbing, and trail running which he combines with his yoga teaching. Pepe also loves to explore the world, traveling to discover new cultures, people, and more about himself.

Pepe holds a beautiful space in his classes and is honored to support the medicine work with this healing and embodied modality.